METHODS: We retrospectively included patients who were operated for renal tumors (n=148) between January 2016 to July 2018 in a single secondary center. We considered the type of operation (nephrectomies versus kidney resections), the approach to the kidney (open or laparoscopic) and compared the following outcomes: the length of the operation, perioperative blood loss, the changes in hemoglobin concentrations, in creatinine levels and in the estimated glomerular filtration rate (eGFR).

RESULTS: Kidney resections when compared to nephrectomies resulted in a significantly smaller decline in the estimated glomerular filtration rates (β= 38.78 ml/min; p<0.001). When compared to baseline values, there was a significant drop in the eGFR on both day 1 and 3-6 months after the operation in the nephrectomy group (p<0.001 for both intervals); this drop was not present in the resection group. The decline in hemoglobin levels was bigger in the resection than in the neprhectomy group. However, during a follow up evaluation 3-6 months after the procedures, the values did not differ between the groups.

CONCLUSIONS: Data from our center confirmed the findings from other literature that nephron-sparing surgeries lead to a lower decline in kidney function also remained during the follow-up. When performing a nephrectomy, the laparoscopic approach offers a shorter hospital stay fot the patient than with an open surgery. 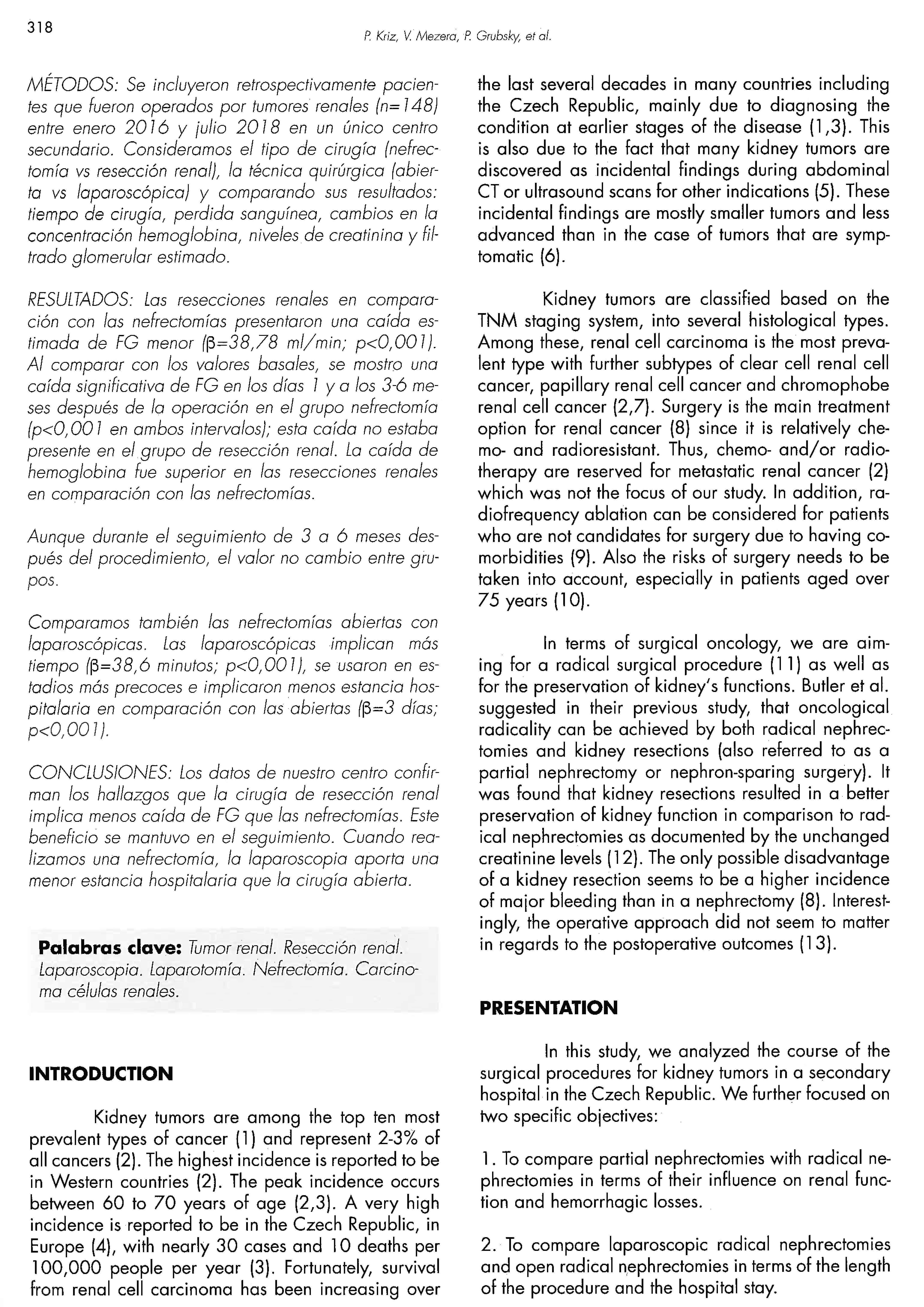 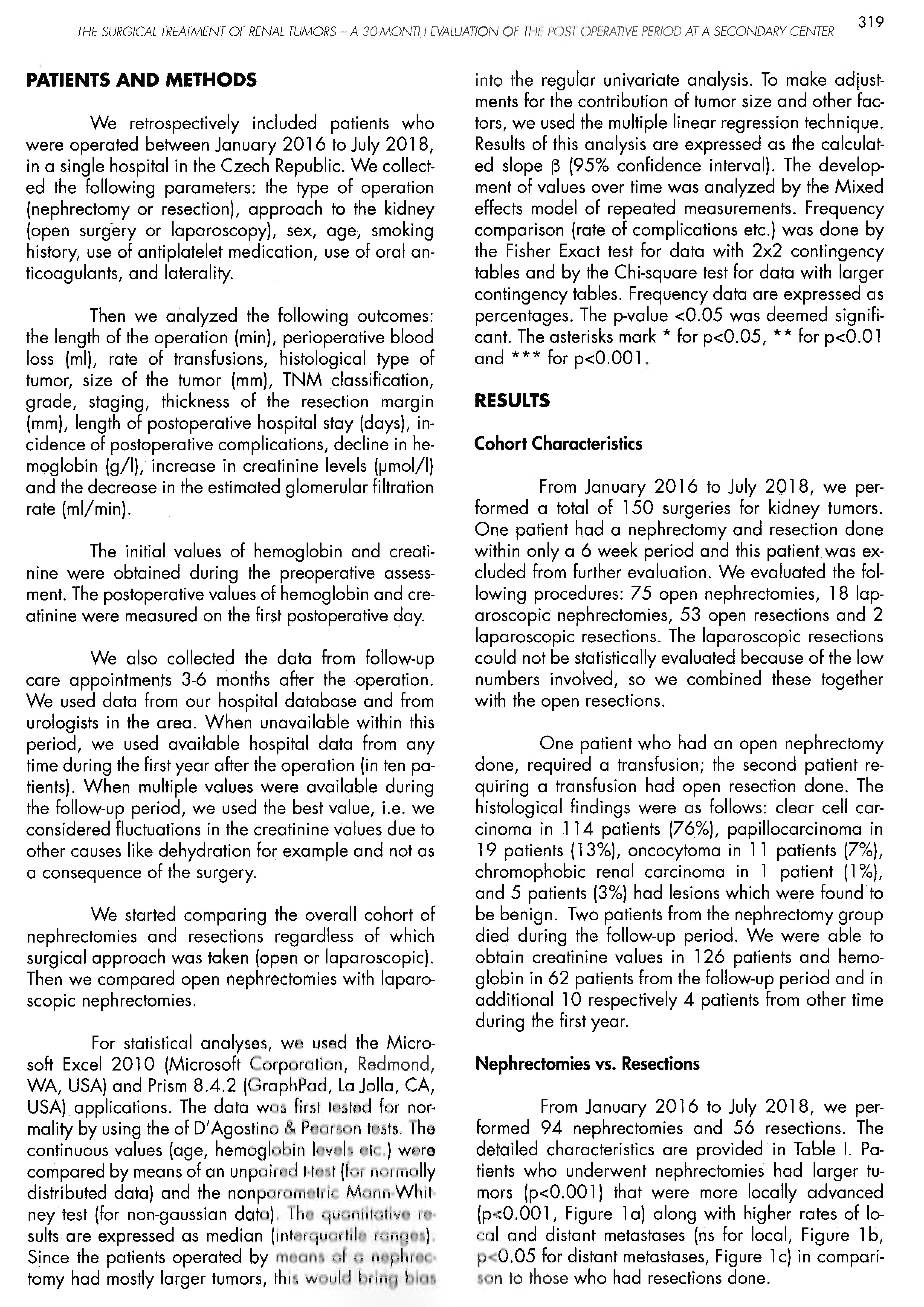 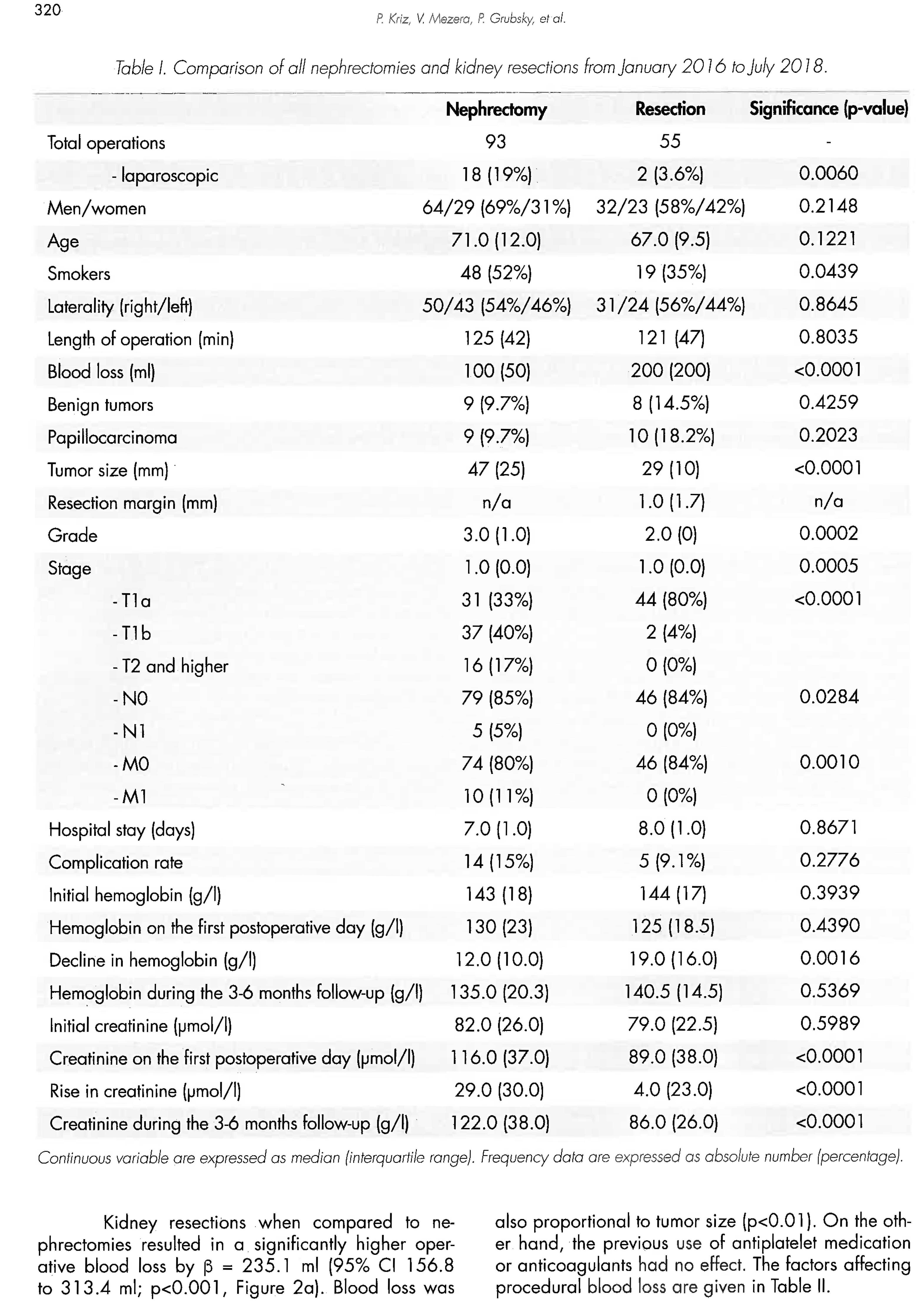 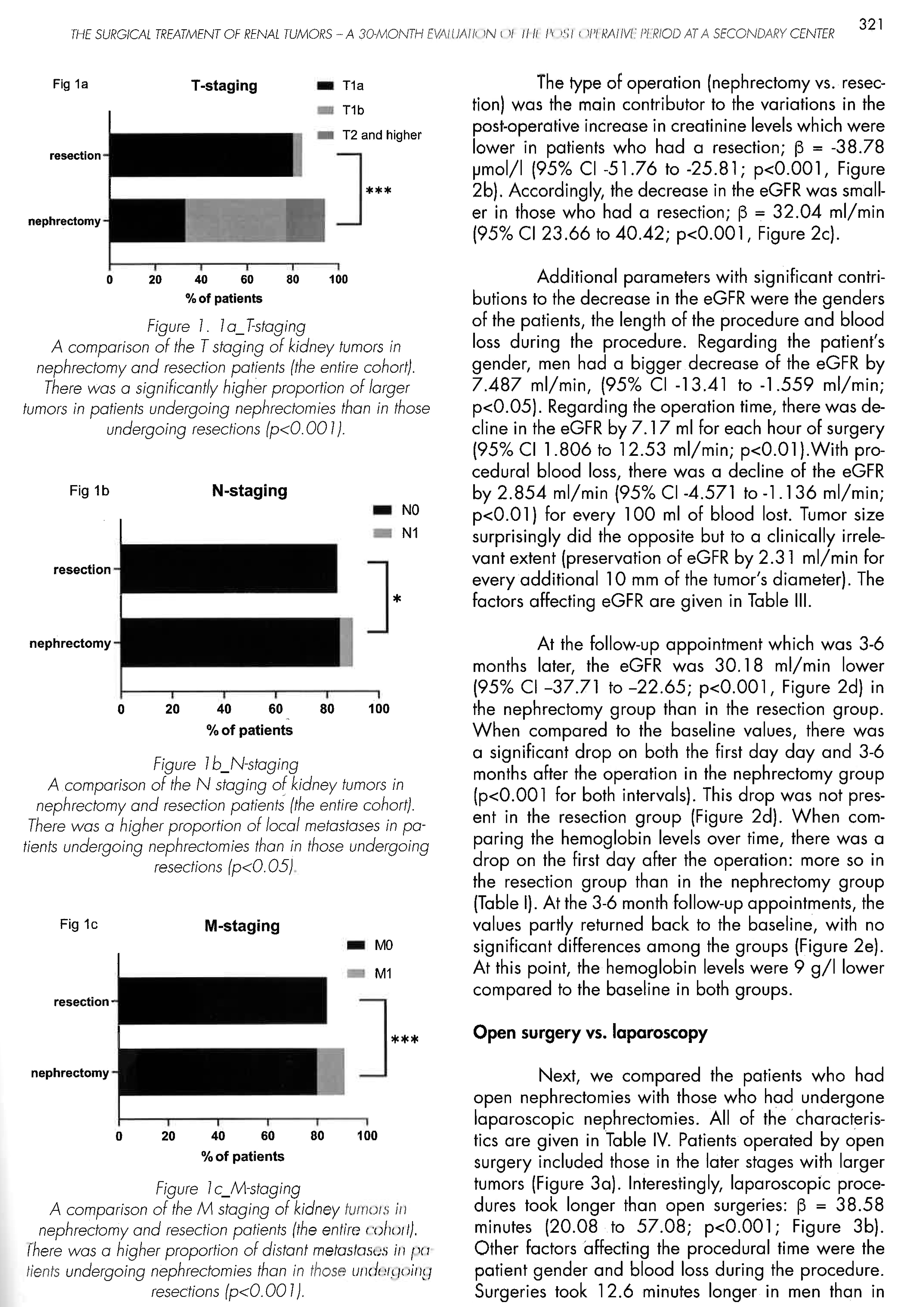 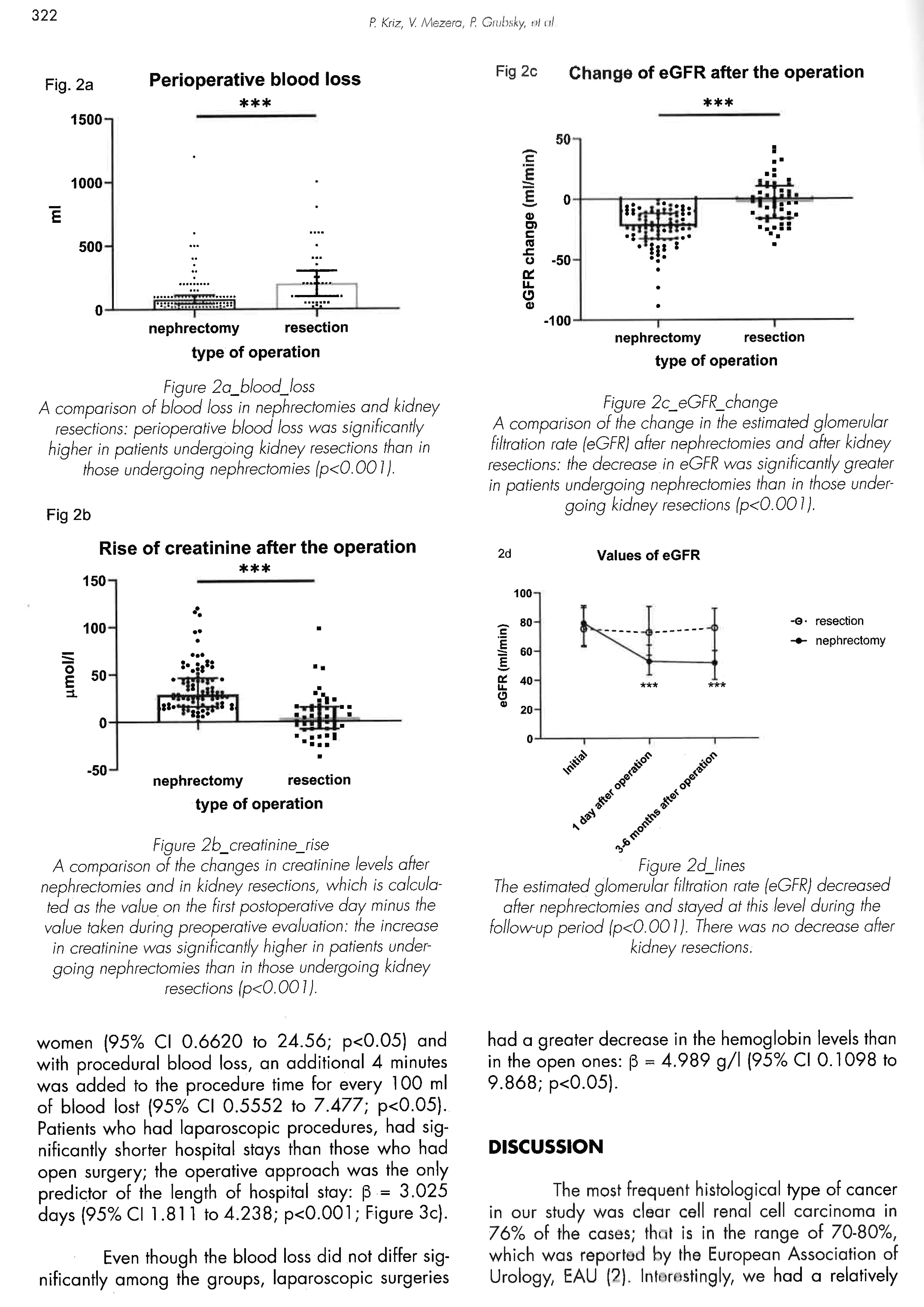 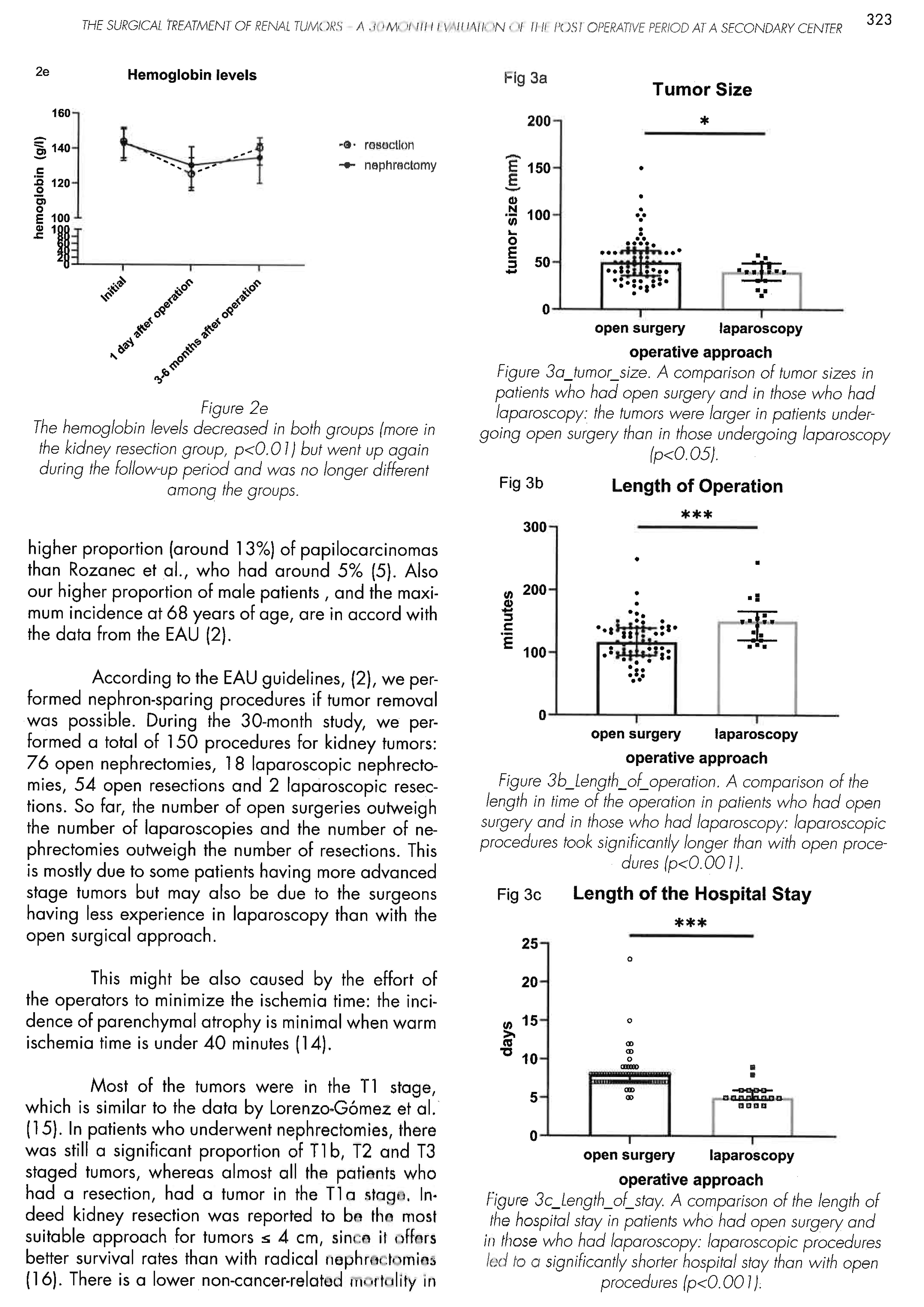 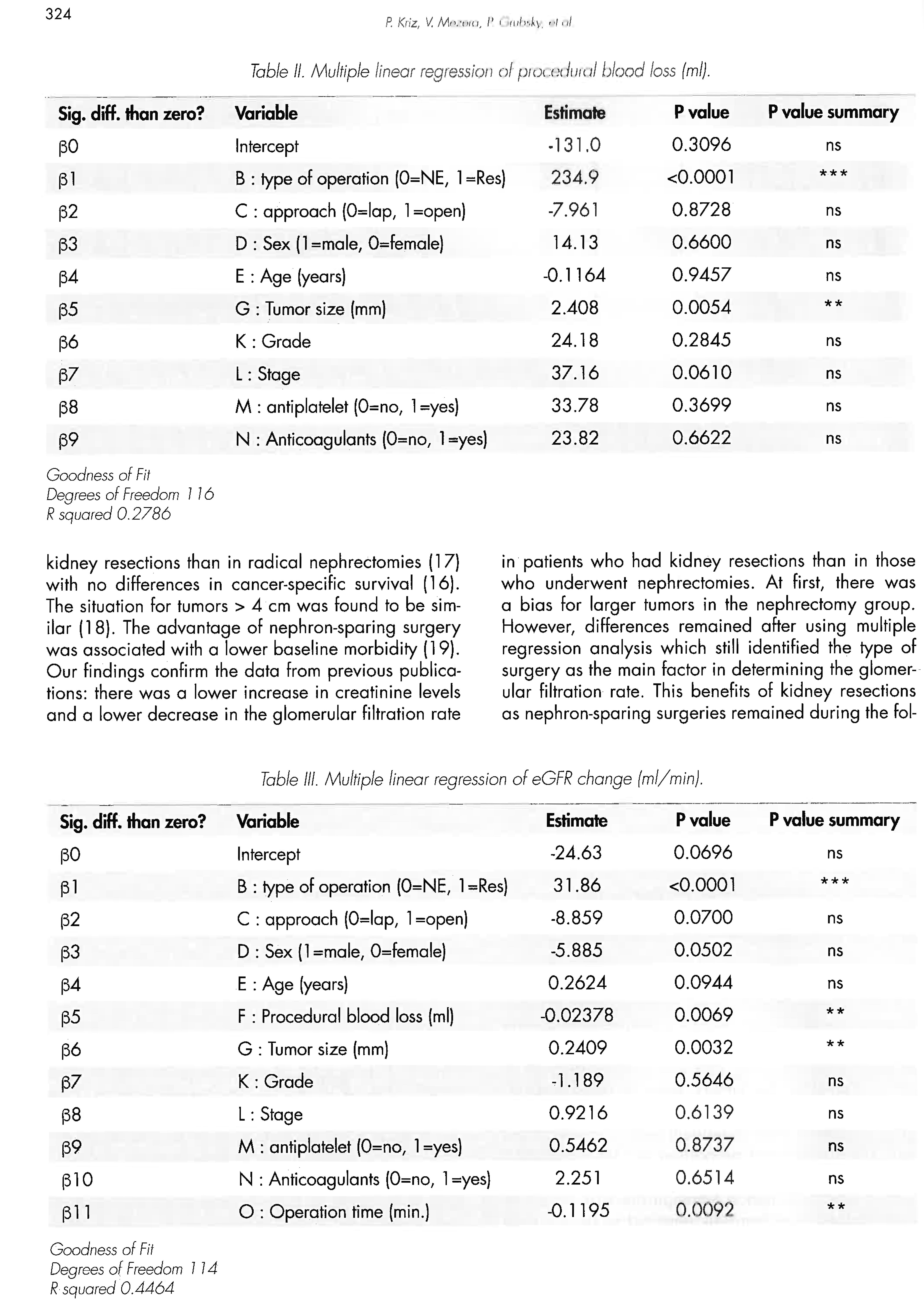 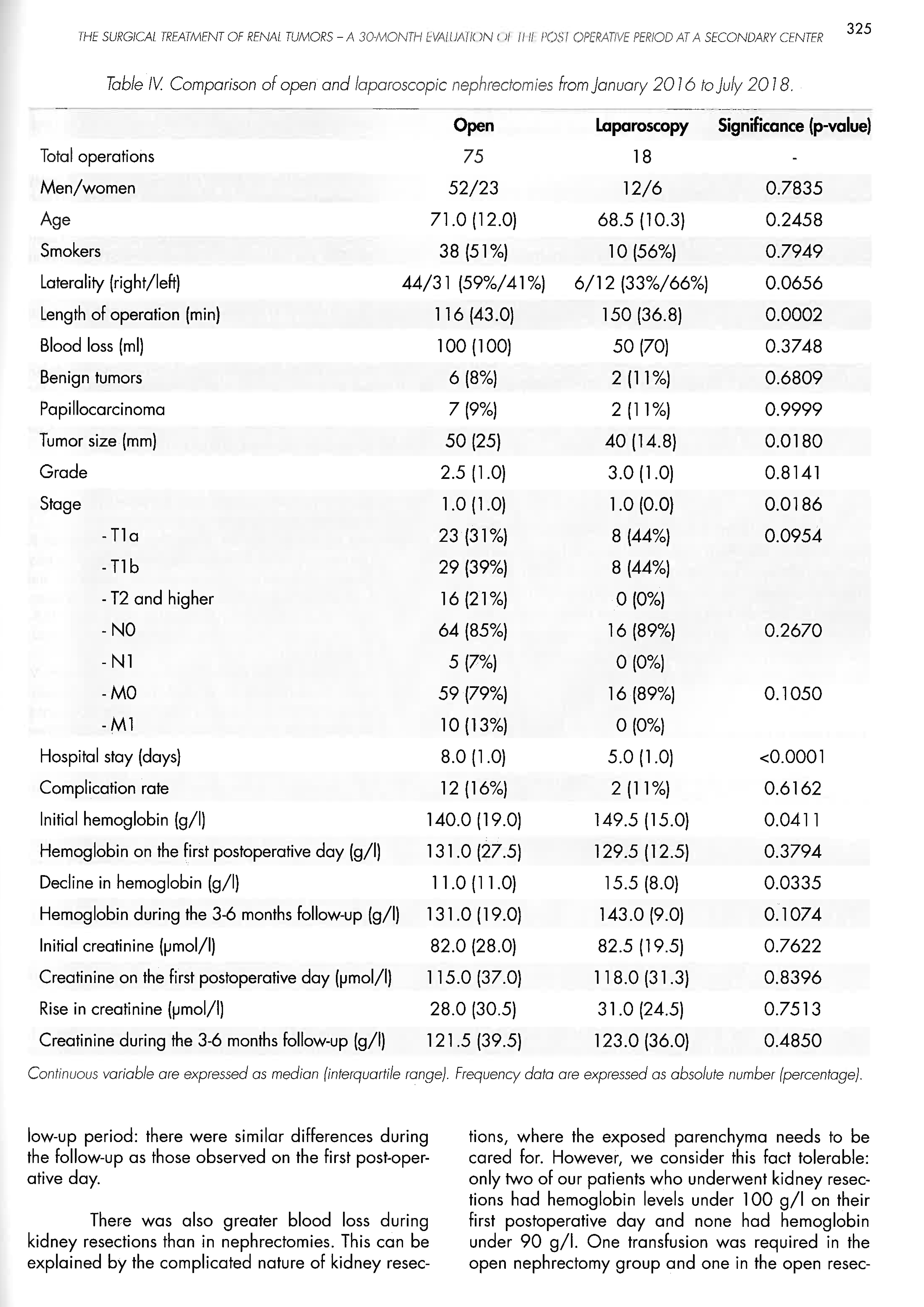 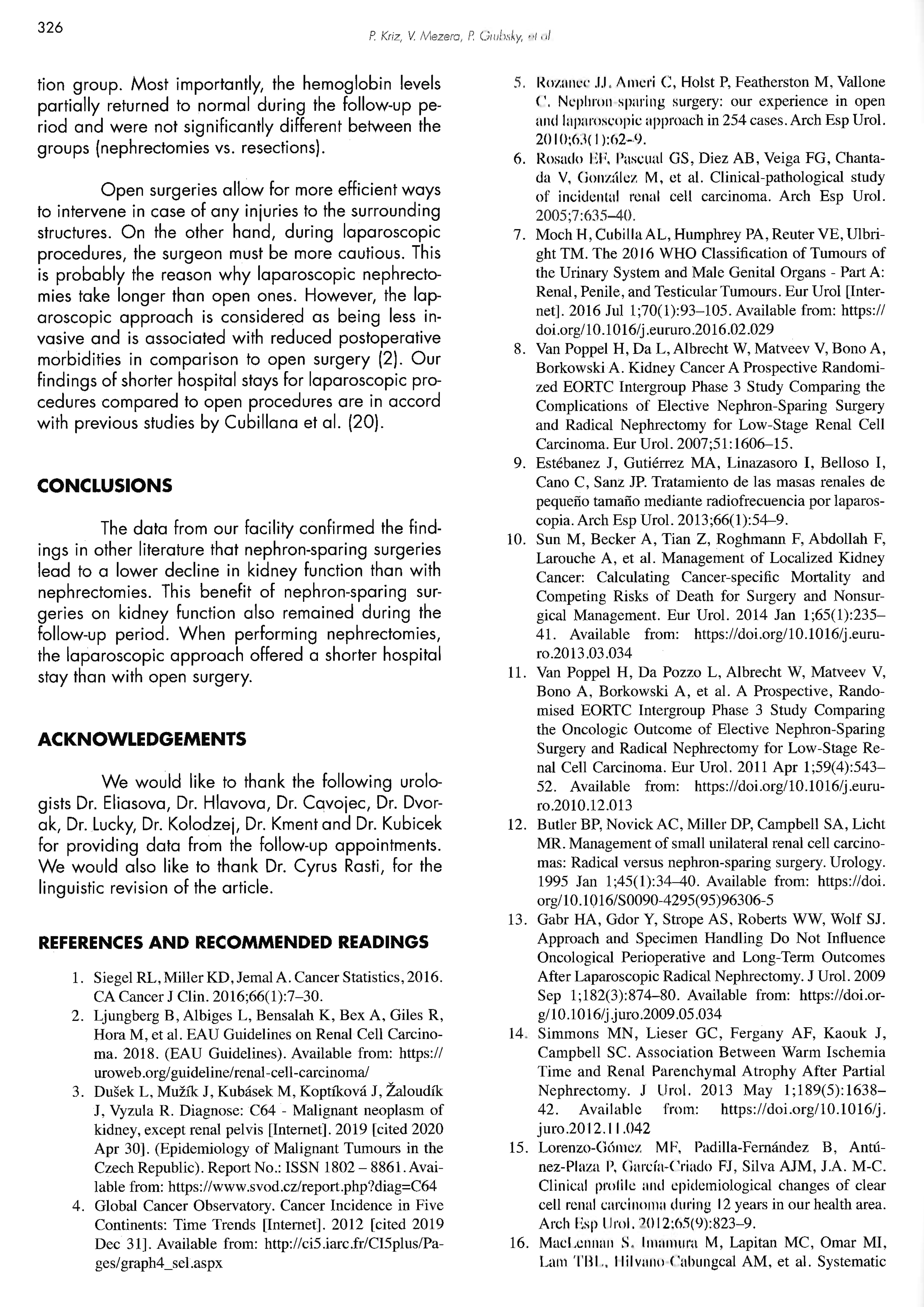 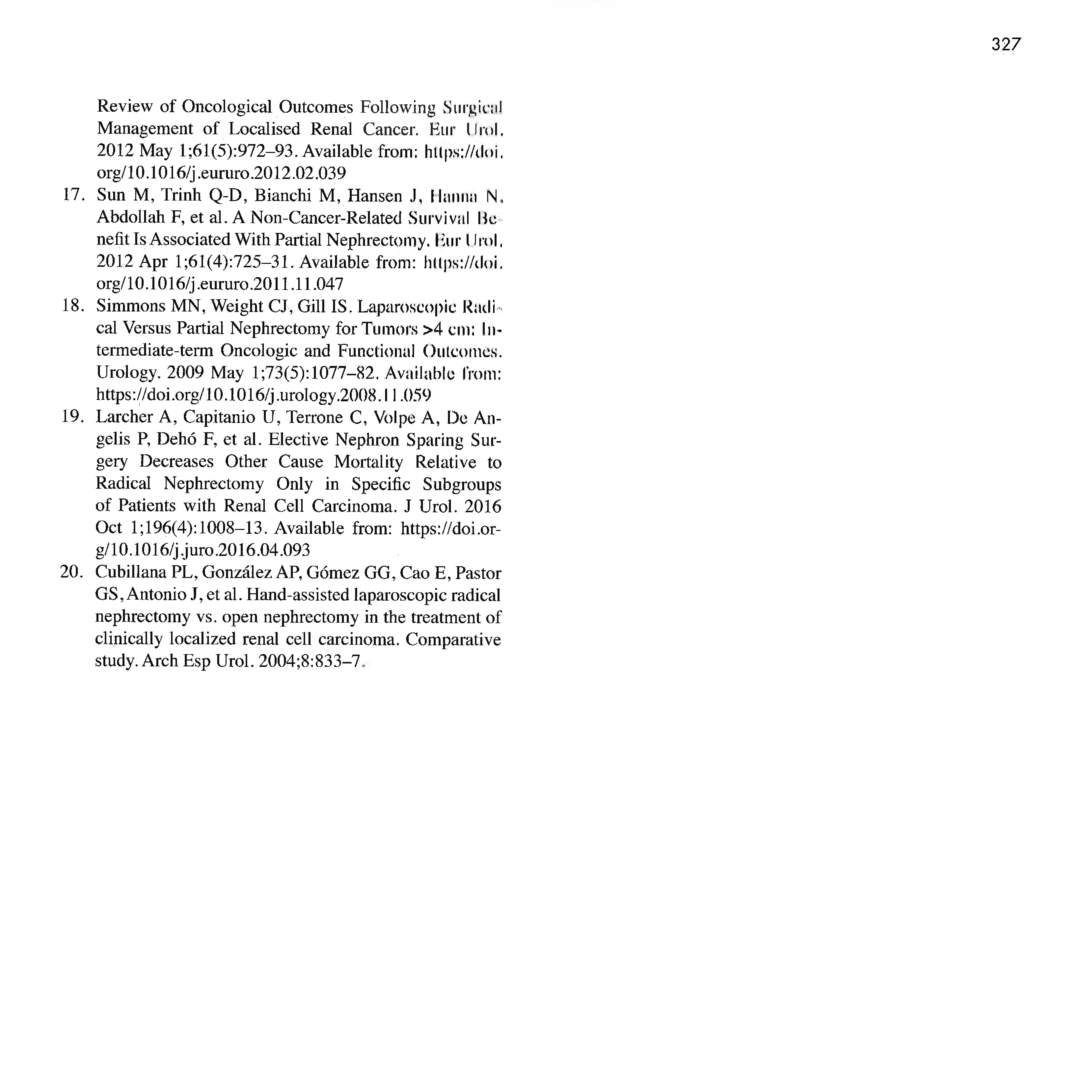